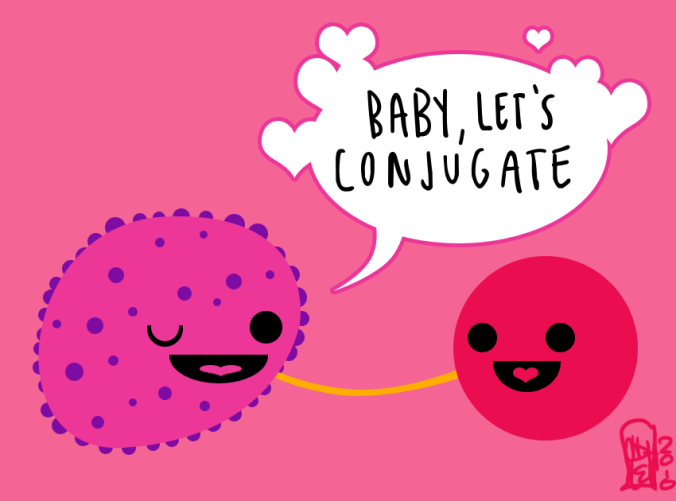 It is a common characteristic of our species to assign human emotion and behaviour to other creatures and even inanimate objects—just ask any car owner. Common examples of such anthropomorphisms involve animals and pets, especially dogs and cats. These domesticated species are sometimes considered to behave like us and think like us, becoming pseudo-human.

One might think that such sentimental anthropomorphism would be unlikely to spill over into the biological sciences, but this is not so. Microbiology seems particularly susceptible and the literature is littered with examples of bacteria having to ‘make a choice to use a particular substrate’ or a ‘decision to make a compound’ and even ‘needing something’. When bacterial conjugation was discovered in the 1950s, bacteria were even classified as males and females participating in sexual mating. I am sure that many of you will be able to come up with examples from other fields.

I would argue that in a number of instances anthropomorphic thinking has misdirected biological enquiry. It is often assumed that microbes in their natural environments are in a constant war of attrition for space and nutrients. Many publications speak of battlefields and the production of chemical weapons to permit one or more organisms to successfully exploit a particular environment. Does ascribing human militaristic means and ends to bacteria make sense? There is enormous diversity in microbial phyla and the biosphere is an extraordinarily complex collection of distinct organisms. A given soil sample might contain 109 microbes per gram with a thousand or more species living happily together (an anthropomorphic statement if ever there was one). In the human gut, microbes number many trillions with upwards of 1,000 phylotypes; are they all engaged in lethal conflict with each other? Despite the fact that small molecules with antibiotic activity can be isolated from gut bacteria grown in the laboratory, there is no in situ evidence that they actually play such roles in the intestinal tract; it is equally likely that these molecules are mediating interactions with mucosal cells lining the gut. However, our ignorance of the workings of microbial communities in these environments is profound and remains tainted by our anthropomorphism.