Research into “designing” soldiers to be “immune” to combat trauma demonstrates the horrific disregard for the welfare of human beings, a common theme throughout the history of psychology.

The question has become: What is wrong (abnormal) with those soldiers who return with PTSD? That is, “being normal” means that one does not suffer trauma when engaging in combat.

Once again, we see the definition “normal” perverted; normal becomes a soldier who can survive incredible stress, kill human beings, including civilians, see his buddies blown to pieces, and to be subjected to this unbearable situation tour after tour and suffer no consequences.

And yet, when one looks at the U.S. prison system, psychologists call the individuals who are immune to the effects of violence and murder, psychopaths and sociopaths.

Just who are the “evil-doers” in this scheme?

It never occurs to certain people, that the CAUSE of trauma in war, IS WAR. Why not choose leaders who care about human beings, and refuse to sacrifice American lives for absolutely no purpose other than WAR PROFITS for a few individuals and corporations, and for the delusions of grandeur of “men” who believe they are playing war games with TOY SOLDIERS. 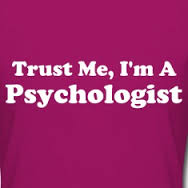 As an alarming number of veterans return from war suffering from the debilitating effects of post-traumatic stress disorder, one University of Texas psychologist is trying to figure out how to help our soldiers—before it’s too late. (Isn’t it already too late for thousands of veterans?)

by Katy Vine (edited for length)

For the past twenty years, 57-year-old clinical psychologist Michael Telch has seen around ten patients every week, some of them so afflicted by anxiety that they’ve had trouble simply getting to his office. Telch is the founder and director of the Laboratory for the Study of Anxiety Disorders at the University of Texas at Austin, also known as the Telch Lab.

Much of Telch’s research involves exposure therapy, a potent (?) anxiety-reducing technique that has become prevalent over the past few decades. Say a person is afraid of frogs. “In the old days, a psychoanalyst might have assumed the phobia was symbolic of a deeper disturbance,” he said. “The therapist would probe the person’s childhood history, investigate how they were toilet trained, and year after year, hundreds of thousands of dollars late, the phobia still was not gone. Now we can treat patients in a few sessions.”

“Well, basically, yes,” he said. “But it usually starts with looking at pictures of frogs.

Variations of this technique—in conjunction with other methods—are used in most of Telch’s cases.  But until five years ago he hadn’t spent much time researching one devastating condition: post-traumatic stress disorder.

Telch’s professional focus widened in the spring of 2005, after he was contacted by Brian Baldwin, who was the project manager of UT Austin’s new neuroimaging lab, the Imaging Research Center ( IRC). A former Army colonel. After the Iraq and Afghanistan wars began, he saw an alarming rise in the number of PTSD victims. Reportedly, between 11 to 20 percent of veterans showed symptoms of PTSD, compared with 2 to 10 percent of veterans of the first Gulf war. (Likely under-reported due to “shame” factor)

Baldwin was surprised. The Army, he believes, has done a great deal to fight PTSD. The constant vigilance that serves a soldier well overseas can become an issue when he returns home. The most typical, noticeable effects—relationship problems, for example, or a loss of productivity—are difficult enough. Even more grave is the prevalence of substance abuse, homelessness, and suicide among PTSD victims.

Baldwin did some research and found that for all that scientists understand about how people develop PTSD no one has ever definitively determined what predisposes a person to the disorder. Assumption that individuals who get PTSD are “predisposed” is typical of the guesswork that dominates psychology, and reflects the prejudice that it’s a weakness or defect in the person.

That is: People who “get” PTSD are defective to begin with, therefore, it’s their “fault” not that of the military or our government.

Different people, after all, have different responses to traumatic events. But no one is sure why. Is it brain function? A behavioral disposition? Baldwin had an idea: Why not take pictures of soldiers’ brains before they leave for combat, take more pictures when they return, compare the results, and keep track of who does and doesn’t develop PTSD? This is so typical: if you’ve already decided that predisposition exists, use brain scans to look for predisposition or other pre-conceived conclusions. The “go to” interpretation will be that whatever “changes” or “shows up” in a brain scan, qualifies as a “predisposition” or other pre-conclusion – this doesn’t even take into consideration what brain scans can and cannot legitimately show)

Telch recognized the unique opportunity he was being offered. “For PTSD, too much focus has been on the treatment rather than its causes,” he said. Sufferers can see a psychologist or take drugs such as Zoloft and Paxil, which have been shown to help. But not all the soldiers who need assistance will get it. According to a 2008 RAND Corporation study, only slightly more than half of the soldiers returning from combat in Iraq and Afghanistan with symptoms of PTSD and depression sought treatment, and only half of those received treatment that was considered “minimally adequate.”

Telch wasn’t the first researcher to try to determine what predisposes people to PTSD.  But the vast majority of risk assessments had taken place after the patients had been diagnosed, and those reports relied on questionnaires that focused on broad demographics—rank, race, gender. These biographical details offered helpful clues but little more. (Any data is good data? Wrong.) Telch suggested a far more comprehensive attack that would include genetic and cognitive elements, pre- and post-deployment tests, and online stress surveys (relyiance on “self-reporting is typical psych research laziness ) completed by the participants while they were in Iraq.

The upside of such a study is obvious: If the military could predict which soldiers were most vulnerable to PTSD, it could monitor them closely, during and after combat. But Telch hopes that in a future study he’ll be able to take the research one step further.

Might it be possible, he wondered, to “inoculate” soldiers against PTSD before they head off to war?

ARE YOU KIDDING? Identify which individuals will suffer brain trauma, and then send them into the very environment that causes this pain and suffering, so that you can “study” the damage? This is torture.

QUACKADEMICS: There’s a precedent for inoculating people against future anxiety disorders. (Wow! How stupid do these “parlor tricks get?) Take, for example, the research that has been done with carbon dioxide. Numerous studies have shown that when people inhale a gas mixture that is 35 percent carbon dioxide—which induces breathlessness and light-headedness—some remain calm while others panic. (This is simply demonstrates that at one time, in one place, random people reacted differently to inhale this gas mixture.)

Telch’s preliminary research suggests that those who panic are more susceptible to anxiety problems in general. (DUH!)  With repeated exposure to the carbon dioxide mixture, patients can train themselves to modify their response—a behavioral change that, Telch believes, will apply to other anxiety-causing situations. People, it seems, can be taught to keep their cool. OMG! This is amateur hokum and unethical! The assumption is that individuals OUGHT TO BE TRAINED to not “be anxious” – when anxiety is a protective instinct; a vital part of our brain-nervous system. Yes – some people are hyper-anxious; but this is manipulating humans to override “normal” reactions and prohibitions so that individuals can be exploited as “killers” – kill and be killed – against personal and cultural values. And what happens when these soldiers come home without any anxiety or compunction about using violence against family and community?)

“The Army requires demanding drills, such as exposure to gunshot noise,” Telch said of the preparation soldiers undergo before deploying. Perhaps, he suggested, soldiers with a predisposition to PTSD could undergo a specialized stress-training regimen, such as CO2 therapy. “This would be just another set of drills to knock out their anxiety sensitivity,” he said. It would be a completely new strategy for attacking PTSD—the difference between improving cardiac surgery techniques and figuring out ahead of time who might benefit from cutting back on bacon cheeseburgers. Not a legit analogy at all.

and the shit goes on and on:

There is still plenty of work to do. Telch is seeking funding to extend the current study, so he can track what happens as some of his test subjects develop PTSD. ETHICS? What ethics? Whatever happened to a ban on experimenting on humans? Oh I forgot; once you’re in the military, the military can do whatever it wants to you.

He also wants to launch a larger study of more than three hundred soldiers. And, at some point, he will want to test out various methods of inoculation. Still, Baldwin believes this first report is a major step. “We didn’t start out thinking we would find a silver bullet,” he said. “But world-changing discoveries occur because people believe that a silver bullet is possible.” OMG! Of course, no treatment will ever offer a cure-all for veterans. Combat trauma produces anxiety and painful memories even in the hardiest soldier.

The implication is that anyone who develops PTSD is a coward, defective and weak.

Men and women who suffer from post-traumatic stress disorder carry a far greater burden: decades of debilitating mental anguish that can destroy their lives and the lives of those around them. If counter insurgency is the future of military engagement, and the wars our soldiers will fight in the years to come are anything like the wars they are fighting now, a cure can’t come soon enough.