Why Do Europeans Have White Skin?

… most people of European descent are lactose tolerant, to the extent that milk products not only form a major source of nutrition but are a defining feature of European cultures…that the capacity to digest lactose as an adult appeared in the population after the development of farming. Two waves of farmers settled Europe 7,800 and 4,800 years ago, but it was only 500 years later that the gene for lactose tolerance became widespread.

…hunter-gatherers in what is now Spain, Luxumberg and Hungary had dark-skinned versions of the two genes more strongly associated with skin color. The oldest pale versions of the SLC24A5 and SLC45A2 genes that Mathieson found were at Motala in southern Sweden 7,700 years ago. The gene associated with blue eyes and blond hair was found in bodies from the same site. H/T ScienceMag. 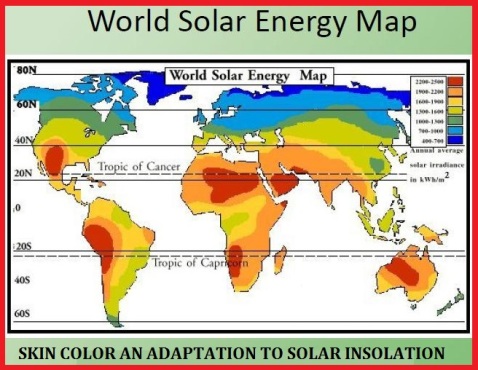 Debunking the theory that lighter skin gradually arose in Europeans nearly 40,000 years ago, new research has revealed that it evolved recently – only 7,000 years ago

People in tropical to subtropical parts of the world manufacture vitamin D in their skin as a result of UV exposure. At northern latitudes, dark skin would have reduced the production of vitamin D. If people weren’t getting much vitamin D in their diet, then selection for pre-existing mutations for lighter skin (less pigment) would “sweep” the farming population.

New scientific findings show that prehistoric European hunter-gatherers were dark-skinned, but ate vitamin D-rich meat, fish, mushrooms and fruits. With the switch to agriculture, the amount of vitamin D in the diet decreased – and resulted in selection for pale skin among European farmers.

Findings detailed today (Jan. 26, 2014) in the journal Nature, “also hint that light skin evolved not to adjust to the lower-light conditions in Europe compared with Africa, but instead to the new diet that emerged after the agricultural revolution”, said study co-author Carles Lalueza-Fox, a paleogenomics researcher at Pompeu Fabra University in Spain.

The finding implies that for most of their evolutionary history, Europeans were not what people today are known as  ‘Caucasian’, said Guido Barbujani, president of the Associazione Genetica Italiana in Ferrara, Italy, who was not involved in the study.