Brain scans link concern for justice with reason, not emotion

People who care about justice are swayed more by reason than emotion, according to new brain scan research from the Department of Psychology and Center for Cognitive and Social Neuroscience.

Psychologists have found that some individuals react more strongly than others to situations that invoke a sense of justice—for example, seeing a person being treated unfairly or mercifully. The new study used brain scans to analyze the thought processes of people with high “justice sensitivity.” (One of the “negative symptoms” of Asperger’s is an innate concern for justice, fair play and honesty.) 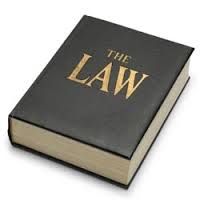 Asperger individuals ought never to apologize for being pro-justice: The problem is that there are too many unjust, outdated and arbitrary applications of laws.

“We were interested to examine how individual differences about justice and fairness are represented in the brain to better understand the contribution of emotion and cognition in moral judgment,” explained lead author Jean Decety, the Irving B. Harris Professor of Psychology and Psychiatry.

Using a functional magnetic resonance imaging (fMRI) brain-scanning device, the team studied what happened in the participants’ brains as they judged videos depicting behavior that was morally good or bad. For example, they saw a person put money in a beggar’s cup or kick the beggar’s cup away. The participants were asked to rate on a scale how much they would blame or praise the actor seen in the video. People in the study also completed questionnaires that assessed cognitive and emotional empathy, as well as their justice sensitivity.

As expected, study participants who scored high on the justice sensitivity questionnaire assigned significantly more blame when they were evaluating scenes of harm, Decety said. They also registered more praise for scenes showing a person helping another individual.

The Good, the Bad, and the Just: Justice Sensitivity Predicts Neural Response during Moral Evaluation of Actions Performed by Other

In the past decade, a flurry of empirical and theoretical research on morality and empathy has taken place, and interest and usage in the media and the public arena have increased. At times, in both popular culture and academia, morality and empathy are used interchangeably, and quite often the latter is considered to play a foundational role for the former. In this article, we argue that although there is a relationship between morality and empathy, it is not as straightforward as apparent at first glance. Moreover, it is critical to distinguish among the different facets of empathy (emotional sharing, empathic concern, and perspective taking), as each uniquely influences moral cognition and predicts differential outcomes in moral behavior. Empirical evidence and theories from evolutionary biology as well as developmental, behavioral, and affective and social neuroscience are comprehensively integrated in support of this argument. The wealth of findings illustrates a complex and equivocal relationship between morality and empathy. The key to understanding such relations is to be more precise on the concepts being used and, perhaps, abandoning the muddy concept of empathy.